Well, what was supposed to be a few minutes in the garage clecoing the skins to the skeleton turned into 2.5 hours. I hate it when that happens. /sarcasm off.

First up, I need to “clean up” the dimples in the rear spar. I used my countersink for this, and just let it spin a few times in the hole.

Easier than it sounds, I promise.

Then, I started 50% clecoing some top skins on. 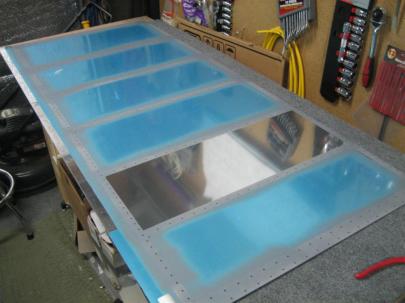 (I didn't HAVE to removed the blue vinyl at this point, but I did.)

Then the outboard skin.

A view from the outboard side.

At this point, I had spent about 30 minutes getting the skins on. Nice easy day….uh oh.

I forgot about torquing on the tiedown brackets.

I have to admit. Early on, I waiting on installing these permanently because I thought I heard someone say that you have to take it back off to get the aileron bellcrank bushing in place. Well, that’s true, but you just have to take the bellcrank brackets off, which are the four bolts that screw into the nutplates (shown below) from the accessible side of the spar. You DON’T have to remove the whole tiedown bracket.

So, guess what I got to do AGAIN!?

Yup. Take off the tank so I could reach the tiedown bracket bolts with a torque wrench. 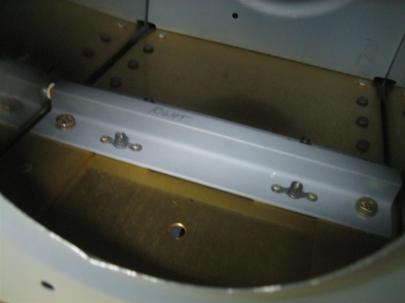 Tank off. Torqued. (I don't have any torque seal yet, so I'll have to do it from the bottom, which is the right way anyway, so the torque seal is visible.)

God, I hope that’s the last time I have to remove the right tank.

Later that night, we opened some wine, and the puppies decided to be extra cute. 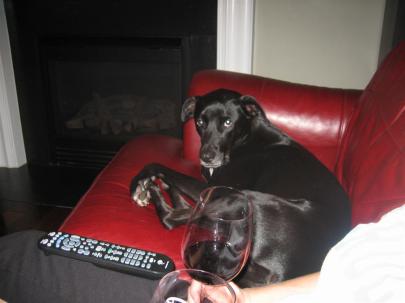 Awww. (Yes, she's holding TWO glasses of wine. But I know what you are thinking, and sadly, one of them is mine.)

Ginger was being the shy one tonight. (Hiding in the man-chair.)

2.5 frustrating hours. Skin riveting next, though.

This entry was posted on Monday, August 1st, 2011 at 9:40 pm and is filed under Wings. You can follow any responses to this entry through the RSS 2.0 feed. You can leave a response, or trackback from your own site.