So last night, I forgot to tell you about deburring and dimpling the rest of the ribs before clecoing the skins on. I don’t know why I forgot, or think it’s important, but I did.

Okay, tonight, I headed out to the garage after bedtime because I am too excited to get going on these top skins.

What can I do quietly? Maybe squeeze some of the more accessible rivets. 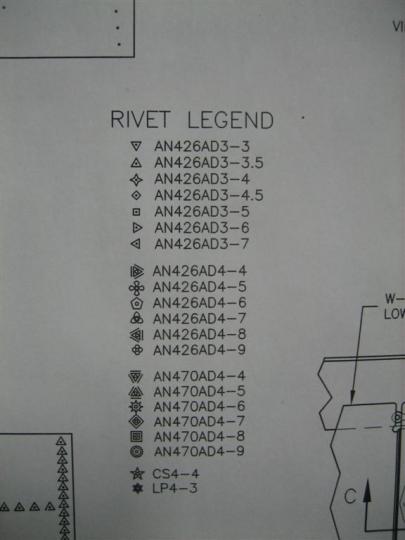 It's basically like paint by numbers, but for nerdy pilots.

So, I broke out the squeezer, sat down with some music, some rivets (of various sizes per above) and my cleco pliers and started in on it. 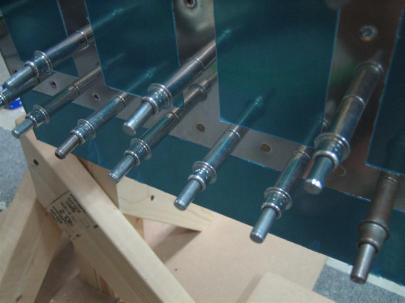 It turns out you can reach the bottom (rear spar) to skin rivets, and the inboard edge. I needed a closer look at the inboard edge part to make sure I didn’t rivet any of the holes that are supposed to be left open for the wing root. 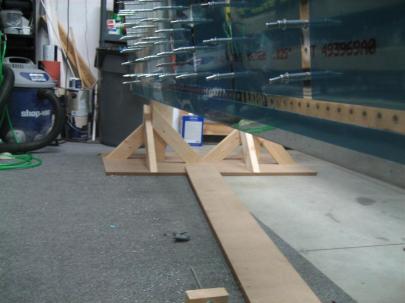 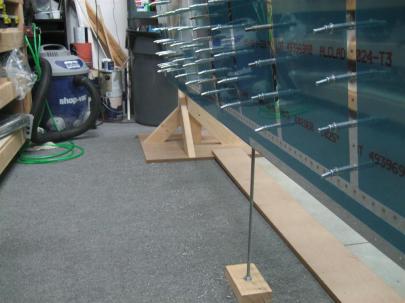 I took this one too.

I don’t know why I took both those pictures. The only two differences…I put the rear spar support back up (for kicks) and didn’t bend down as far for the picture. I think I’m tired.

I’m wrangling up my first riveting partner for some more skin riveting this weekend.

This entry was posted on Tuesday, August 2nd, 2011 at 11:00 pm and is filed under Wings. You can follow any responses to this entry through the RSS 2.0 feed. You can leave a response, or trackback from your own site.