Even though it was my day off, I spent the day trying not to get stung by bees (mowing the forest behind my fence) and meeting the girlfriend for food. After that, I managed to waste an hour or so installing a fan in the garage. Recently, it’s been brutal in the garage, so this morning, while I was walking around Lowe’s, I saw a small ceiling fan for $17. I couldn’t say no. It was harder to install than our nicer fans inside (no little quick-disconnect fan blades or anything), but in the end, it makes me cooler in the garage (double meaning intended). 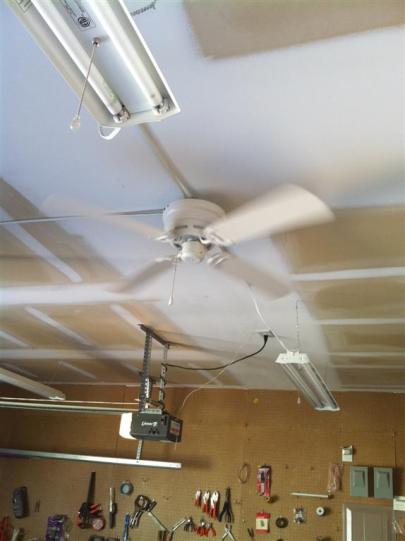 Okay, back to work. I think you guys might have seen this picture yesterday, but here it is again…the little riblet I made after drilling. 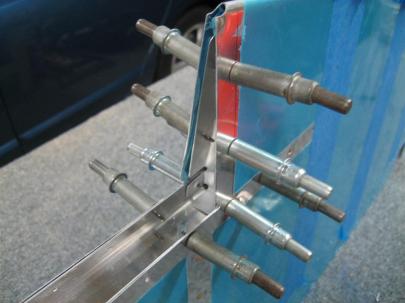 Looks good. I am proud of this little guy.

Then, I moved over to the spar. These four holes get countersunk because they attach E-705, but the elevator horn has to sit over the rivets but still flush against the forward face of the web. 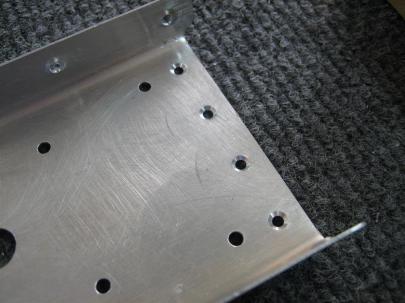 While I had the countersink cage set up, I pulled the trim tab spar out of the elevator and started on it. 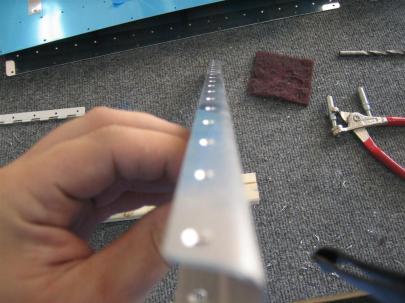 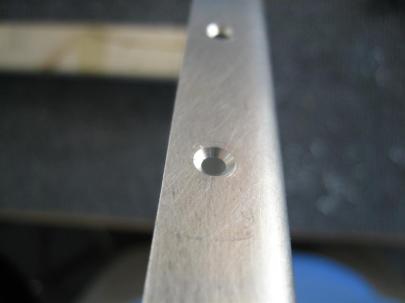 After countersinking, both the tab spar and the left elevator main spar were scuffed (more), edge-finished, and then got a trip inside to the sink for a quick rinse before coming back outside to eventually get a coat of primer. 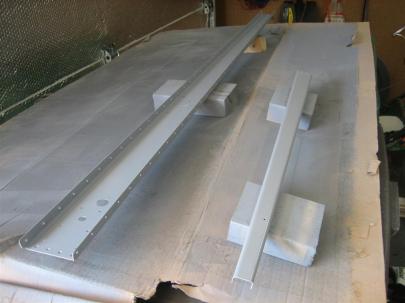 I'm getting close to riveting something, watch out!

Anyway, two very productive hours, and I think I can rivet some reinforcement plates tomorrow if I want. Wuhoo!