Well, between a puppy run, mowing the lawn, and a run to Lowe’s to get some house-related stuff, I managed to fit in a good three hours on the right tank.

First up, I unfurled some of the -4 tubing that’s provided (the tape said the roll from Vans was 19’) and tried to bend it as straight as I could. I notice in other’s pictures, it looks perfectly straight, but I couldn’t get mine that good. When you actually see a picture of it, let me know if you think it’s straigh.

Anyway, slid it in the installed ribs (after putting in some snap bushings), and cut it about an inch too long. Right before I install the last rib for good, I’ll final cut this, and flare appropriately.

Here is rib #4 after being lathered in proseal, clecoed in, rivets inserted and taped over.

I like this part, because it means I’m about to set some rivets.

Here’s a shot from the other side showing some fillets. On this rib, I did the fillets before I set any rivets. Hopefully, getting those done now will prevent some of the proseal from getting on my bucking bar.

After banging away for a little, here are the rivets on the top of the skin.

Oh man, I hope it’s easy to clean off that proseal later.

Before starting in on rib #2, I need to fabricate a little trap door. Basically, it will all fuel to flow from outboard to inboard, but when I roll one way or the other, the door will close and not allow fuel back outboard. (Fuel will still trickle out through some of the smaller holes, but enough should stay in the first bay to prevent fuel starvation for the short time it will take me to roll back upright.

The anti-hangup strips can be added later, but the trap door would be hard to do later. 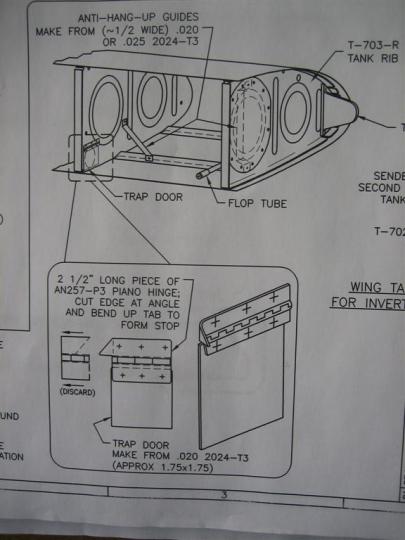 I’m making the door from the bottom of the picture.

So, I found some extra hinge stock laying around, and cut it to make it look like the plans. 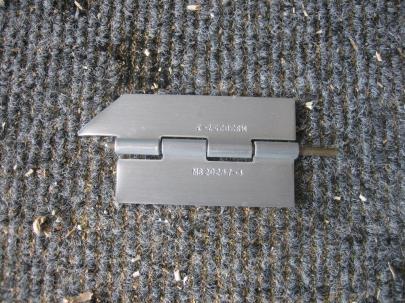 Then, I bent the hinge pin and triangle piece (which stops the door from opening all the way).

After some drilling, deburring, and dimpling, I set some flush rivets (so the door would close) in the bottom half.

Since I didn’t want to up the rivet size just so I could use a universal head rivet, I drilled the upper half of the hinge along with the rib to #40, then deburred and dimpled both. 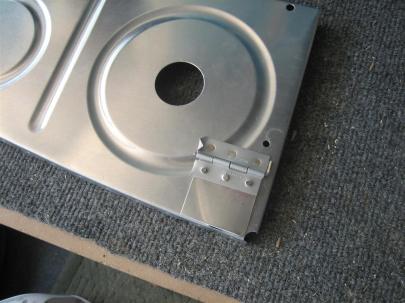 Then, after having a HECK of a time getting the inboard rib clecoed in place (because you want to have the rib on either side of the one you are working on installed to firm everything up while you are riveting), I realized I was trying to cleco a dimpled skin into an undimpled rib.

So, deburred, dimpled, then tried again.

Much better. Here’s a shot after getting rib #2 cleaned, lathered up, clecoed, rivets inserted, and ready to rivet. 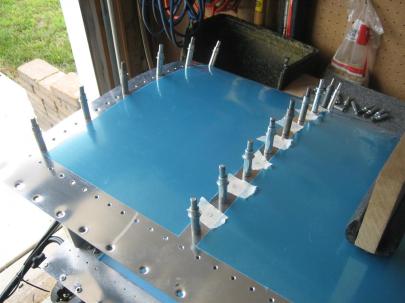 It actually wasn’t too hot out today. Having the garage door open was nice, although I’m pretty sure the neighbors think I’m crazy with the hearing protection, respirator, and gloves.

Speaking of gloves. This is the last one.

Don’t mess up, you only get one shot at this one. 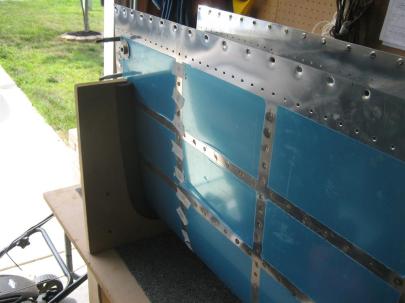 The grass on the other side of the driveway is nice healthy grass, I promise. 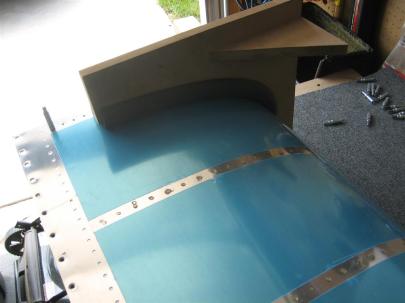 Bottom is done, too.

After taking a short break (to breathe fresh, instead of respirated, air), I pulled off the blue vinyl from inside the tank. This worked perfectly for me, even though some guys on VAF were skeptical and insisted everyone use electrical tape.

Well, I didn’t pull the first bay’s vinyl off yet. I’ll wait till the inboard rib is attached.

3.0 hours. 34 rivets on each of the ribs, plus 6 rivets for the trap door. None drilled out. I am a riveting all-star. (Only one rivet drilled out in the last 8 building sessions. Nice.)