Alright, today was just a travel day, but there ended up being some nice pictures, so I thought I would share.

(The good news: this is the last day of trip pictures. Next post is back to the airplane!) 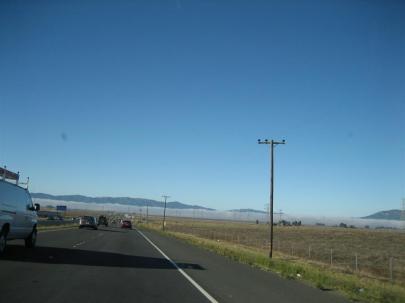 Here was an awesome low-level cloud moving in along one of the little bays. We drove right through it over the bridge. 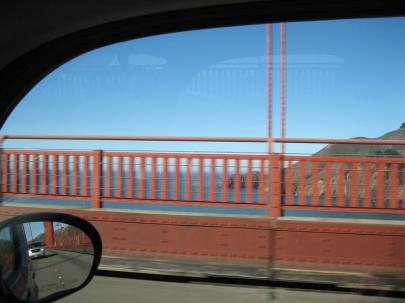 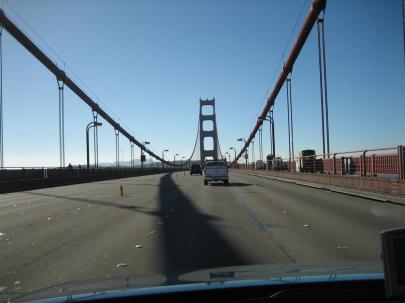 So. Just over the bridge there was some screeching of tires and an (almost) accident. Once everyone started driving again, we took a look at what we thought was the offending car.

I snapped this picture.

Can you tell what was wrong? 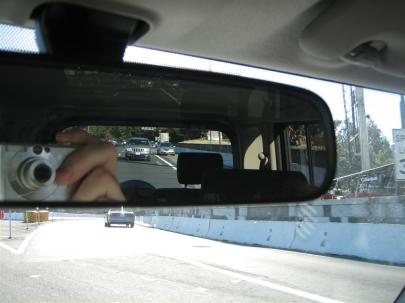 On the plane, headed back east. 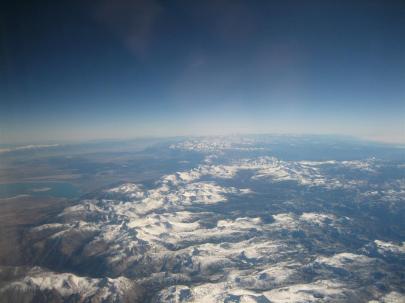 Some awesome formations in the desert.

In Dallas, the girlfriend grabbed this sweet picture of the sunset.

And finally, the next morning on the way to the kennel to pick up the puppies, she snapped this picture of the sunrise.

It was an awesome trip.

Now back to work on the airplane, Andrew!

This entry was posted on Monday, November 1st, 2010 at 10:44 pm and is filed under Other. You can follow any responses to this entry through the RSS 2.0 feed. You can leave a response, or trackback from your own site.