Edge and Surface prep for VS Skeleton

Time to get started on the vertical. Drawing 6. 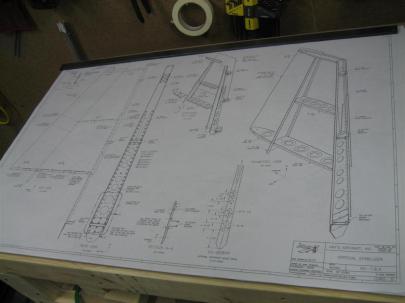 Time to start on the vertical stabilizer.

After finishing the Empennage Hardware Inventory today, I got started on edge and surface prep on the VS ribs and spars. Here are the components for the VS skeleton. I like to scuff up the surfaces and finish the edges before initial assembly. This prevents scratching, and frankly makes the parts look better in the pictures. 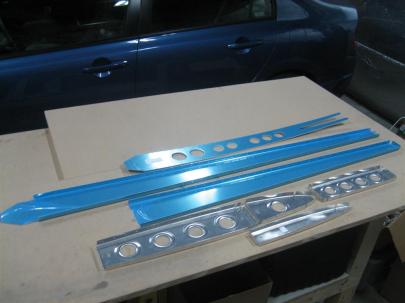 After removing the blue vinyl on the rear spar, front spar, and reinforcement piece, I used my Permagrit block to remove all of the burrs from the spars and ribs. Then, I used my edge deburring tool and a scothbrite pad to finish the edges on the spars.

After that, I took the 4 VS ribs into the kitchen and used a soapy scotchbrite pad to scuff them up. Here’s one before rinsing. 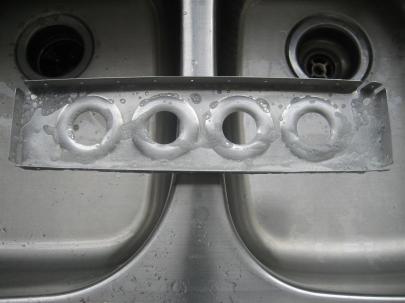 So fresh and so clean, clean.

Here are all four after edge finishing and scuffing. 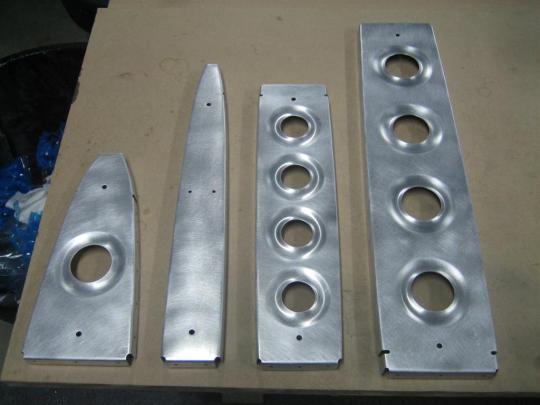 Scuffed up and looking ready to assemble for match-drilling.

Next up, fluting the ribs and scotchbriting the spars and reinforcement piece before assembling for match-drilling.

An hour and a half. Not bad.

This entry was posted on Saturday, January 23rd, 2010 at 5:20 pm and is filed under Empennage. You can follow any responses to this entry through the RSS 2.0 feed. You can leave a response, or trackback from your own site.