Well, I thought I would head out to the garage tonight to rivet 4 little rivets. I had the parts primed from the other night, and I just wanted to get something done on the plane tonight. I grabbed the elevator spar and admired how nice the countersinks looked. 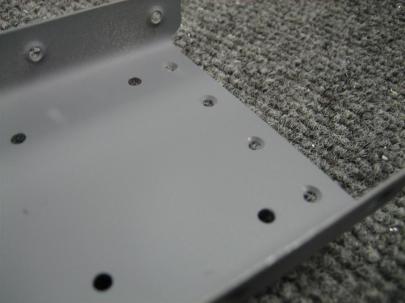 Looks like I didn't get total coverage there on the spar, but that's okay, a light coat is all you really need.

Here's the first one set. Pretty nice, if you ask me.

I got the other outboard rivet set, then moved to the two middle rivets. Then, tragedy struck, and my flush squeeze set slid off part of the rivet as I squeezed. Boo.

"Well, this will be easy to drill out and replace." -famous last words. 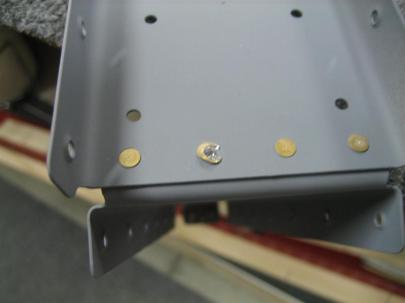 My drilling wasn't perfect, but I didn't booger up the hole too badly...yet.

After resetting, I thought all was well, until I turned the part over. 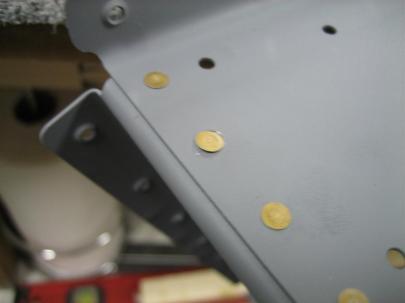 That's not really flush, is it.

After 6…yes…SIX times of setting and drilling out a mis-set rivet, I finally gave up, drilled the hole to #30, cleaned up the countersink, dabbed some primer in the hole, and used an oops rivet.

OOPS! (Looks okay, though. And you will never see this.)

I can’t believe I had to drill out six rivets when trying to rivet four little AD3-3.5 rivets. Bummer. That’s not going to help my batting average…[calculator sounds]…yup…went from 5.7% drilled out to 6.0% drilled.

A frustrating half an hour tonight.