I got a little bit of tedious work done on the right flap before being called over to a coworker’s house to help with his brand new TV. Here are most of the right flap parts.

all the flap parts after matchdrilling (last session). Time for deburring and dimpling.

One of the things I noticed is that I forgot to enlarge these holes to #30.

Next, I deburred all the spar holes, and got to work on edge finishing. This includes all the lightening holes, which are a PAIN IN THE BUTT to deburr. Because I have an AWESOME sister, she got me some good 1″ scotchbrite wheels. Previously, I had bought a bag of 50 “general purpose” wheels from Nebraska Surplus, but they were a little soft for work on the RV.  My sister got me some of the 6A-Medium wheels, which did the job perfectly. 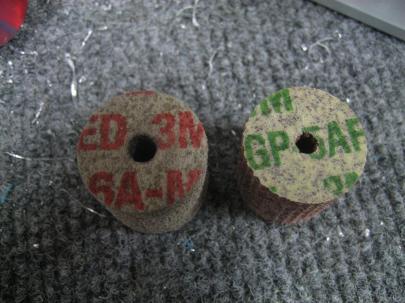 The correct grade on the left 6A-medium. Don't get the general purpose ones on the right. They are too soft.

After edge finishing, I decided to get the spar set up for a little countersinking session. If you remember from the other flap, the bottom skin is dimpled, so the spar has to be countersunk so the hinge (on the other side of the spar) isn’t affected. 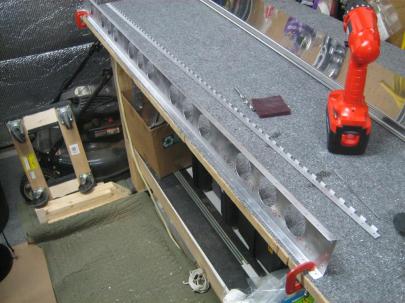 Set up, just need to cleco the hinge in place. 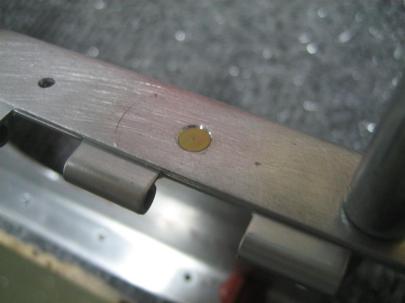 You can see here, I've clecoed the hinge in place and countersunk "a few clicks" deeper than flush.

I don’t know that I’ve ever shown this, but back on the empennage, I made a couple scribe lines on my microstop countersink cage to indicate perfectly flush for an AN426AD3- rivet. 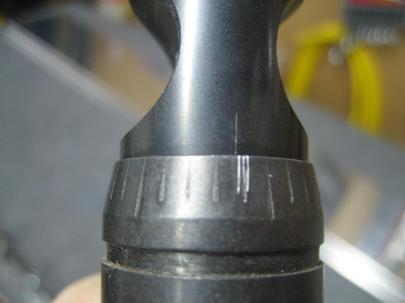 Marked for a flush rivet.

Here are my "few clicks deeper." Four clicks work for me. YMMV.

After countersinking all the holes…

Oh man. I need to deburr the back of this soft hinge. 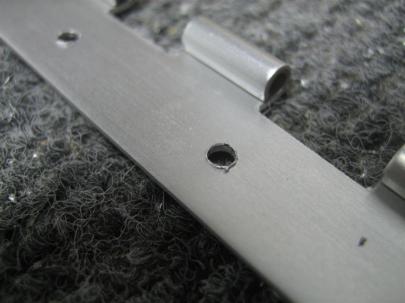 Sorry about the bad picture, but this is after deburring. 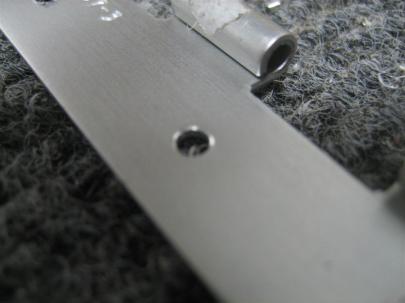 With the blur, you'll just have to trust that it's properly deburred.

1.5 Hours. I’m struggling to get outside even for 30 minutes each night. Tonight, I set a reminder on my phone to buzz at me every night. Maybe it will work. (Nope, it didn’t work tonight, but I managed to post this work session. Maybe tomorrow.)