Riveted Some Things On the Right Rear Spar

Tonight was a pretty exciting night. Not only because I got the flap brace and aileron gap fairing matchdrilled, but because I got to set 32 rivets I had previously skipped (see my previous rear spar riveting post from almost a year ago).

On to the pictures…

Here I am matchdrilling the flap brace.

I admit, this was a little posed.

Next, I matchdrilled the two aileron attachment brackets. For both brackets, I had to do a little filing to make sure the top edge fit nicely in the radius of the rear spar.

This is all that was needed.

After getting everything on the rear spar matchdrilled, I removed the components and also took the lower skins off. Now I’ve got great access to the rear spar rivets I’d previously missed.

I didn’t really miss them, it’s just that the spar was facing down, and I didn’t have a good way to squeeze them with my no-hole yoke. I could have shot and bucked them laying on my back on the floor, but I knew an opportunity like this was coming soon (well, almost a year later). 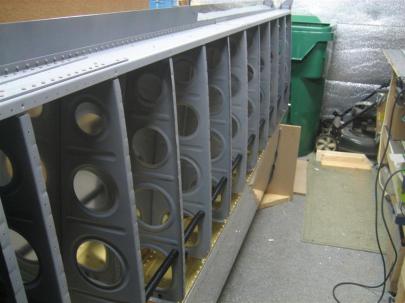 bottom skins are off, time for some riveting.

This bottom rivet was one of the troublesome ones before. I shot this from the top side, and it was a piece of cake.

I think there were about 11 of those or so, with 6 more on the rear spar reinforcement bar. Next, though, was this dreaded rivet.

If you remember from that last post, I had butchered this pretty badly 2 or three times, and Van’s had responded that a -5 rivet would work well here if the hole was too enlarged. (They also said a slightly undersized rivet head would be okay if you could engage the entire circumference of the hole.) 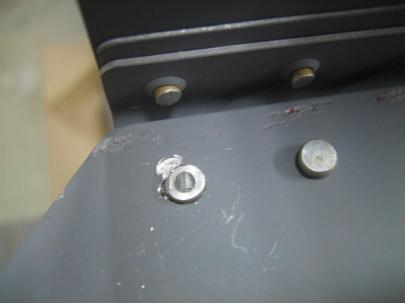 First drilled with #40 to make sure I'm on the center.

The enlarged hole wasn’t really that enlarged, so I made the executive decision to stick with the -4 rivet. 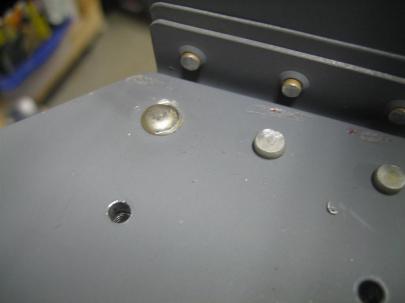 This time, I set it from the top. Yes, there is a tiny smiley, but it's not worth trying to fix again.

And a nice shot head on the other side. (Sorry, had to use the flash to see.)

Finally, I deburred and riveted the aileron attachment brackets onto the spar.

After rechecking the plans, I noticed the lower rivet here should be flush. Really? Bummer. I'll have to get a threaded attachment for my countersinks to reach this one. 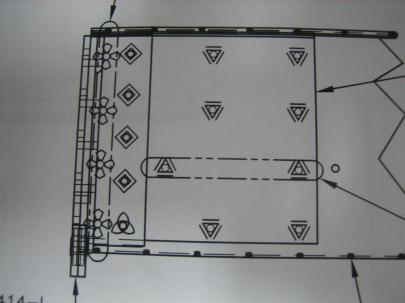 Yup, there it is on the lower left. (I didn't show the legend, but this is a flush head).

Whoa, same on the lower rivet here (this is for the left wing, so it's mirrored for the right).

Umm, I don’t know why I uploaded this pictuer…

Alright, before we get too busy getting excited about two posts in a row, let’s talk a little about Christmas. This year, we decided to do a Christmas tree. A few Saturday’s ago, we ventured out into the cold (it was pretty warm) and cut down our own tree (no we didn’t, we bought it from the farmer’s market).

Anyway. There are three interesting pictures from the day.

Ginger's falling asleep. OMG this is the closest she's been to feather's since FEATHERGATE. 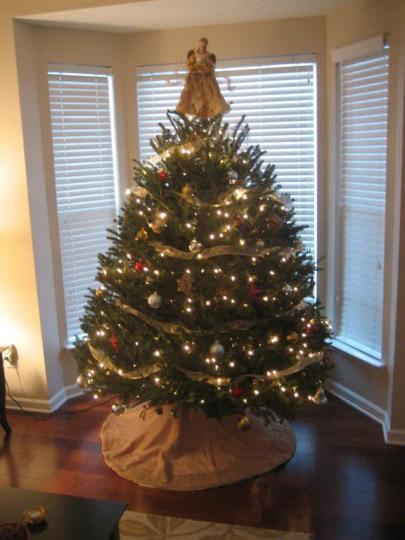 Let’s get back to building, shall we?

Tonight, high on the excitement of flipping the right wing over, I decided to get some more aluminum down from storage.

These two pieces are the Aileron Gap Fairing and the Flap Brace. 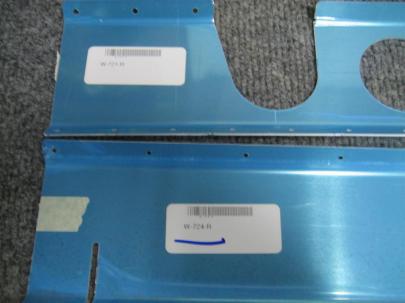 Turns out these have been in the garage for over a year now, so when I pulled off the blue vinyl, there was some residual…well…residue. 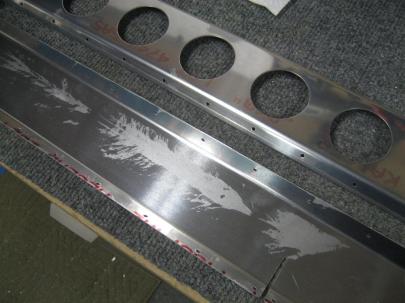 A little acetone fixed this right up.

I scuffed these up quickly (I’ll do this more completely when I’m about to prime) and got out the right aileron brackets. The top of the inboard bracket was interfering on my wing (like everyone else’s before me), so like them, I ground down the top corner a little with the scotchbrite wheel. 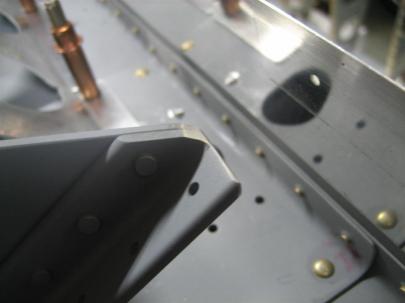 Here's the corner I ground down. 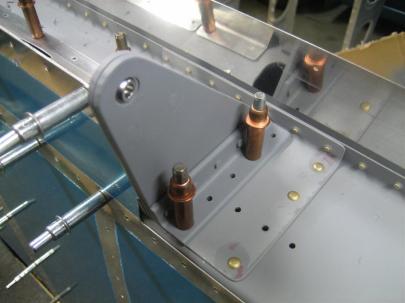 And clecoed in place.

The outboard bracket clecoed in place.

I'll matchdrill both sides, but only rivet the brace to the spar now, the skins will come later.

The flange on the inboard most section is sitting a little funny, so tomorrow, before matchdrilling, I’ll see if I can’t straighten this out a little. 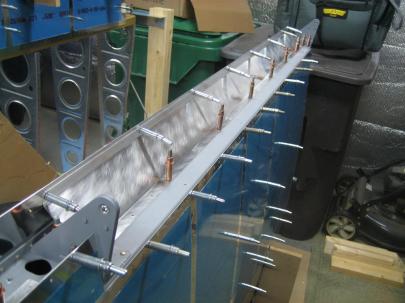 Then, I clecoed on the aileron gap fairing.

With no trimming, look at how nicely everything lines up. Man, this is easy.

30 short minutes tonight, but it’s better than nothing.