THE CHANGING OF THE PLANS!!!! [triumphant music]

Okay, this time, I’m going to be smart, and start with the left flap (the one that’s depicted on the plans).

First, I found some parts, then pulled the blue vinyl off the spar and ribs.

That longer rib on the left is actually the wrong part. I assumed there was a L and R of the long ribs (forgot the part number), but those ribs actually are L-L for the left flap and R-R for the right flap. (The flanges of both ribs point outboard.) Weird.

Anyway, the directions have you mock the ribs up with the spar, then drill.

One thing that caught me was the #40 prepunched hole for the ribs, where they will be drilled to #30. Van’s doesn’t usually do this, but I confirmed on the plans (below) that LP4-3 blind rivets will go here eventually. 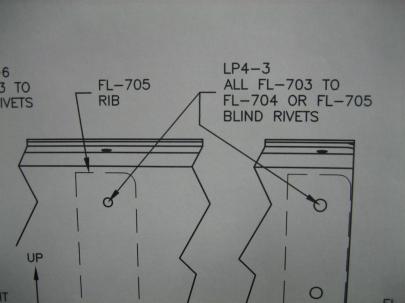 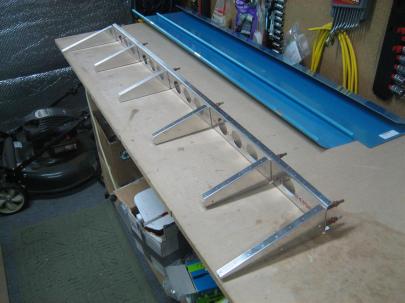 I love the very beginning of a new part because it goes together quickly. 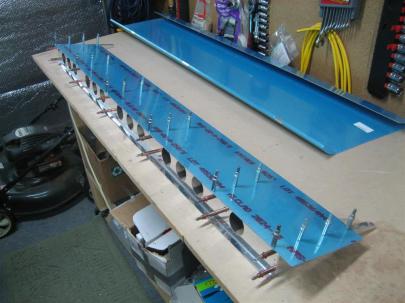 WHOA. Van’s basically tells you in the instructions that you will need shims between the “rear spar” and the aft end of the ribs. Why don’t I need any? 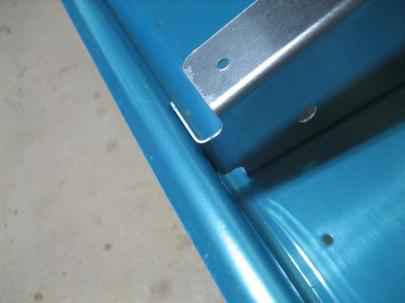 They must have tightened up the tolerances on the pre-punching.

I guess I don’t need to make those shims…

Anyway, after flipping it over…

I do need two spacers per flap, so I made four now.

Here's where they go. I'll drill the other hole later.

Next, they ask you to get the hinge out and start drilling it.

Hmm. I’m not quite ready for this tonight. I got it aligned with where I think it should be, but I want to sleep on it (and more importantly, surf some other build sites to make sure I’m on track.)

Hinge aligned, but not drilled yet.

This entry was posted on Thursday, October 6th, 2011 at 11:11 pm and is filed under Wings. You can follow any responses to this entry through the RSS 2.0 feed. You can leave a response, or trackback from your own site.