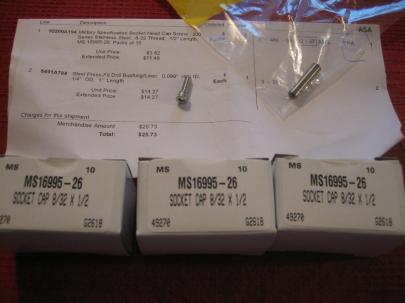 That bushing was almost $15. Sheesh. 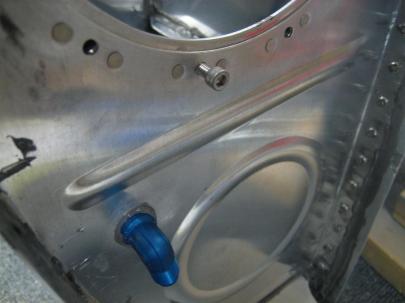 This is where the cap screws are going. They’ll help me open
the tank access plate if I need to while the tank is still
mounted.

Coming soon, I need to seal up this tank, so I fished out the rear
baffle, and started into edge finishing and deburring. Turns out, on
the top and bottom holes of the interior rib holes, I had never
drilled them to final size. (Nor on the tank…I’ll need to figure out
how to do that without leaving aluminum shavings in the tank later…) 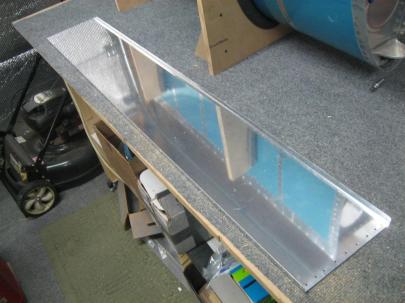 Ginger came out to say hello, but I was making loud noises, so no Jack tonight. 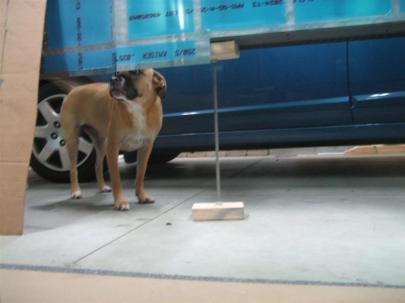 After edge finishing the baffle (and then more edge finishing on the
tank), I decided to fish out my float fuel level senders and have a
look.
I decided to stick with the float senders based on all the commotion
in the news about the future of aviation fuels. If you switch fuel
types, you have to recalibrate them. The float senders don’t care what
liquid they’re floating in. More flexibility. 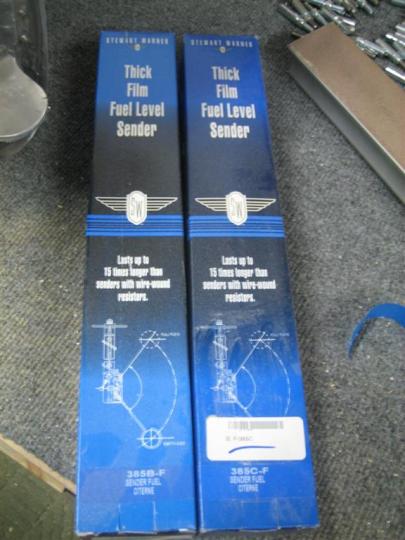 Here they are. Dusty enough? 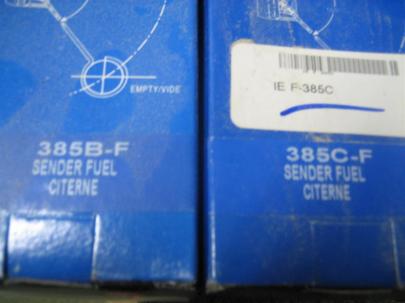 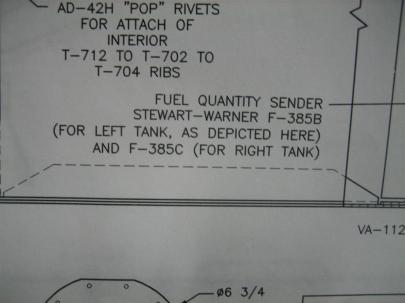 Okay, B for the left, C for the right.

I got out the sender and held it up in the access panel. (I’m not
using the access panel for my airplane due to the flop tubes, but I am
just trying to understand how it works.) 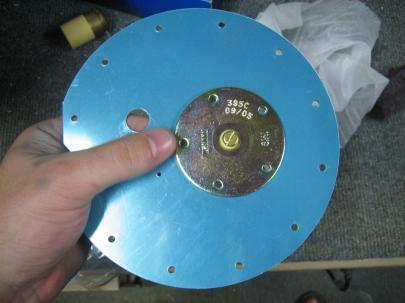 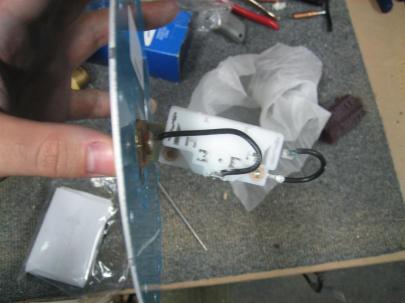 Also, I checked out the included directions. Not much help, as they
describe a sender mounted vertically. 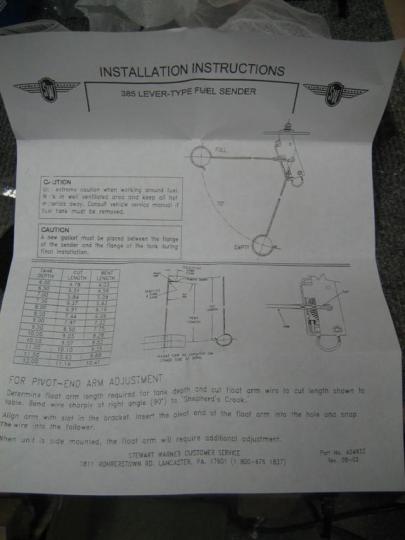 I’m going to recycle this piece of paper.

Finally, I decided that I could probably use the cutouts in this plate
to drill nutplate holes and the larger hole in the back of the baffle. 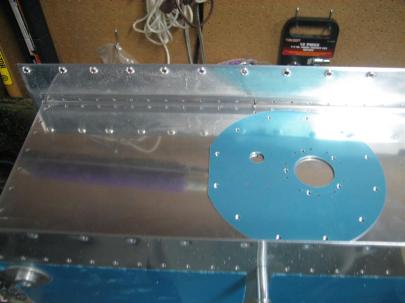 I wonder if this will work.

1.0 hour today, and not much done. Boo. I need to go research some
logs to see how they did this.

This entry was posted on Wednesday, July 6th, 2011 at 8:36 pm and is filed under Wings. You can follow any responses to this entry through the RSS 2.0 feed. You can leave a response, or trackback from your own site.